Diamond engagement rings are so ingrained in our culture of romance that it has become almost instinctual to associate diamonds only with their use in jewellery.

So much so that it can be easy to forget that diamond is a natural mineral with a unique set of properties, and it’s always being used in new ways to improve our world.

There are a range of surprising ways that diamonds are used, each one taking advantage of the properties that make diamond such a popular material.

What are the properties of diamond?

Diamonds are formed by geological processes. The heat involved in these processes deep underneath the earth’s surface results in the formation of rigid crystal structures that gives diamond some unique qualities. 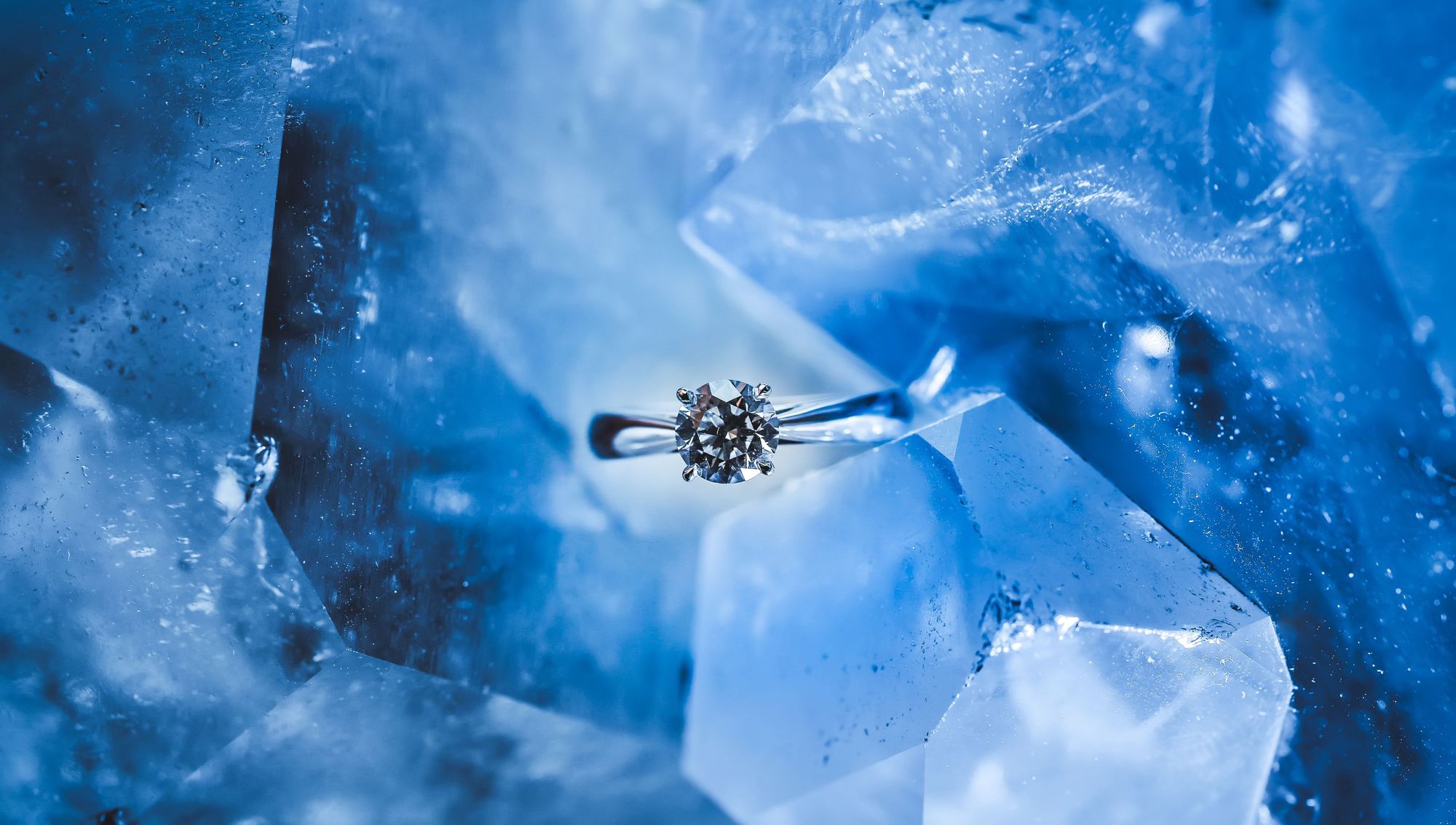 Diamond is the hardest known material known to man, topping off both the Vickers and the Mohs scales of substance hardness. It’s 58 times harder than the next hardest mineral, corundum. This means that diamond is highly resistant to physical damage such as scratching but, because of its brittleness and planes of cleavage, they’re susceptible to breakages from direct blunt force.

Diamond also has the highest thermal conductivity of any known material when heated above ~100k, conducting heat 5 times better than copper. This is a result of the strong covalent bonds between atoms in the diamond molecular structure.

Although it’s a thermal conductor, diamond is an electrical insulator. This means that it can be used in electrical transistors. The exceptions to this are blue diamonds, which are actually electrical conductors because of their higher boron content.

Diamond is naturally chemically inert, meaning that it doesn’t react with acids or alkalis and so won’t corrode when brought into contact with them.

Diamonds are also pressure resistant up to 600 gigapascals, the equivalent of 600 atmospheres. It’s because of all of these properties that diamonds are so commonly used for industrial purposes, but they’re also beginning to be used in medical technology, audio equipment, and even beauty products.

What are diamonds used for? 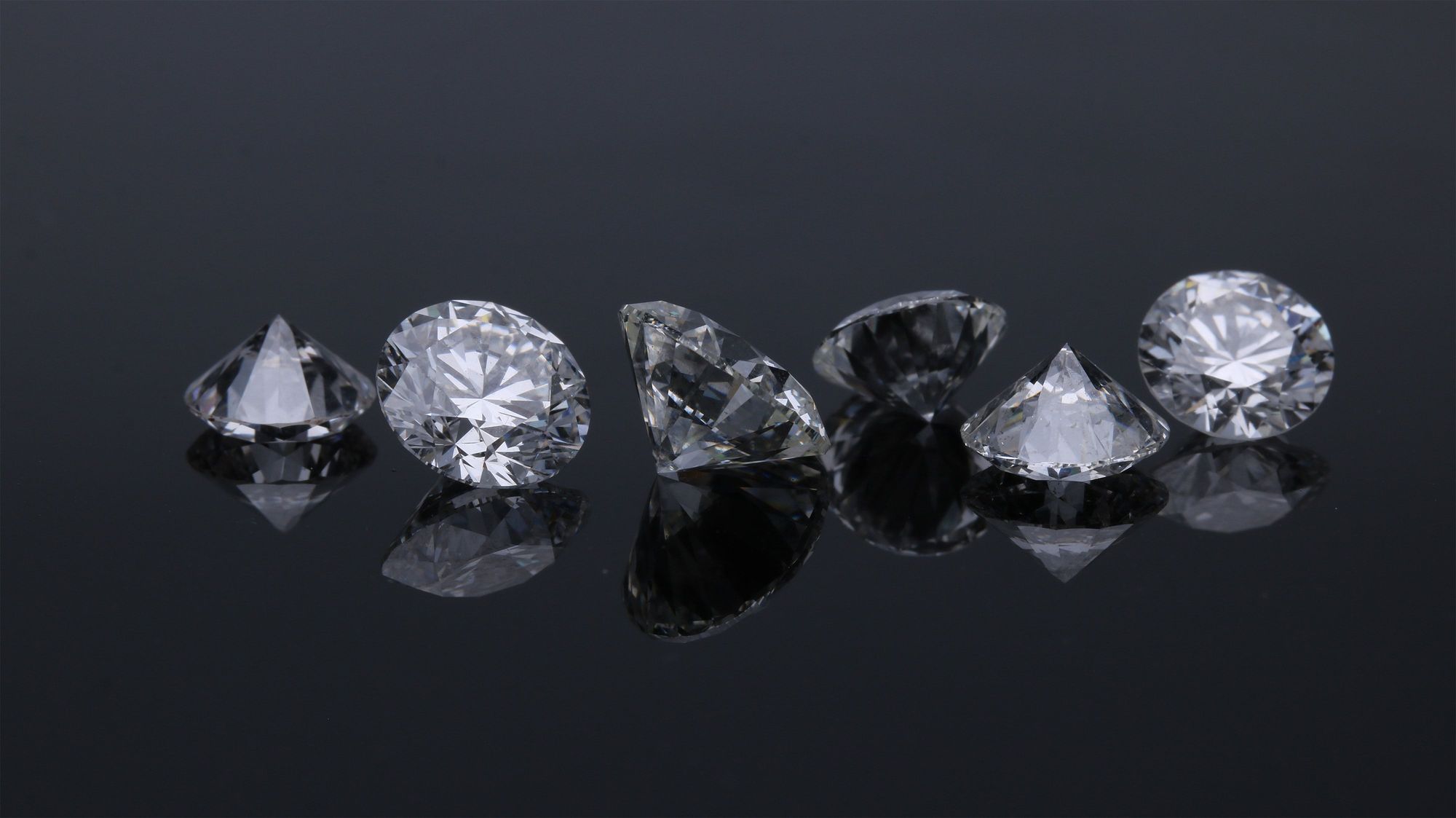 Diamonds are being used in medical technology in two main ways. The first application they have is for cancer screening technology. Tiny synthetic fluorescent nanodiamonds can help detect early stage cancer through a technique called hyperpolarisation, where the atoms inside of the diamond are aligned to make it detectable by MRI scans. When these diamonds are attached to molecules that are targeting the cancer, they can reveal its location. Nanodiamonds can also be used to deliver drugs into the body as they can penetrate cell walls without causing damage, a use which has been applied in chemotherapy treatments.

Because of their hardness and tight molecular structure, diamonds are also being used in audio equipment. Diamond domes are used in extremely high-grade speakers as ‘tweeters’, the element of the speaker that delivers the highest frequencies. This is because the material is hard and light enough to move the air around it without warping due to the pressure. Diamonds are also commonly used in high-end record players as the tip of the stylus, or needle. This is again mainly down to their hardness and durability, as they’re longer-lasting than other needle tips and can be made much smaller to more accurately ‘read’ the information on the record.

Because of diamond’s world-leading physical properties, they have plenty of industrial use cases. One of the most widespread of these is their use in drill bits and saw blades to enhance cutting power and durability. This use extends to jewellery cutting itself, as diamonds can be used to cut any other material due to their extreme hardness. They can also be used as heat sinks due to their great thermal conductivity. In fact, one of the first applications for synthetic diamonds was as a heat sink for telecommunications components. Because they can conduct heat away from sensitive electrical components so effectively, they can prevent them from being damaged. If this comprehensive guide to the uses of diamonds has interested you, don’t hesitate to get in touch with us.

Hong Kong-based auctioneer, Poly Auction have just held one of their most successful sales yet - taking in almost £21 million in total. We couldn't wait to take a look at the highest-priced purchase of the day...

The perfect jewellery to match this year’s festival looks

It’s that time again – your calendar’s full of festivals, but you don’t know what to wear. And most importantly, what jewellery to pair your outfits with! We've teamed up with renowned Fashion Stylist, Emma Lightbown to find out what people are wearing during festival season 2022...

The Ultimate Guide to July Birthstones

Fine jewellery and engagement ring experts at Steven Stone have revealed everything you need to know about July's birthstone, Ruby.